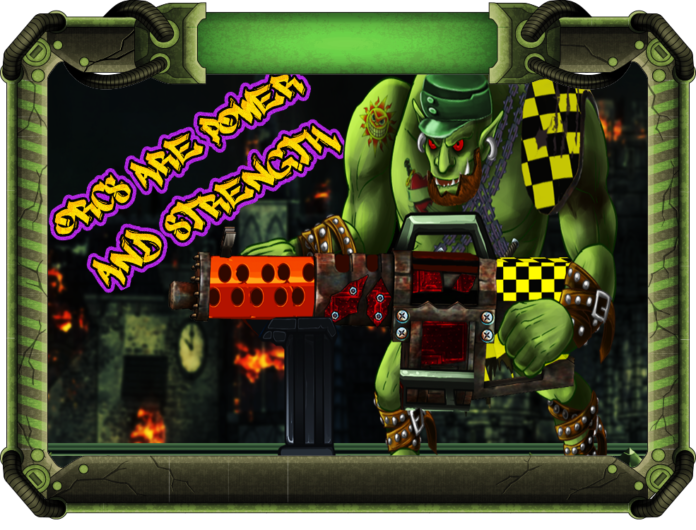 Since childhood he’ve followed his own path. If he was not given a toy, he tried to take it away, but being not the strongest orc, Bibon had gotten hit on the head by his peers. However he did not give up, and every time when Bibon was beaten, he was waiting for the bully with a wrench in the backyard. Brave orc Bibon also adored to drink mushroom beer, and being already an adult orc he drank its everywhere. So one night he had devilishly gotten drunk and announced a hike for capture a beer to the nearest Universe. At first Bibon was supported by his drinking buddies, but when a drunken disorder had resulted in the capture of a small galaxy, other brave guys began to join him and raised their buddy to the rank of Big Boss Bibon. Becoming a big boss, he announced a crusade for beer in everyone Universes.